Since April is National Poetry Month, I took the opportunity to share a poem each week.  I have so many favorites that it was difficult to choose just a few, so perhaps I'll have to start sharing a poem a week in March next year.

We discussed similes and metaphors with the following poems and books:

I found a big red umbrella to pop open for "umbrellas bloom" in the poem, and when the red tulips in my flower beds bloomed a couple of weeks later, my daughters were quick to point out that the tulips were holding their "umbrellas upside down."

After discussing metaphors, I asked the children to guess the title of William Jay Smith's poem.  It took a couple of tries, but they guessed it.

We talked about color, and we read
One of the first-graders refused to believe that Vasya Kandinsky could hear colors.  He just kept shaking his head and telling me that someone just made it up.  I suggested that he look it up when he got home, and he told me he would do just that.  He did enjoy looking at slides of Kandinsky's art, though.

When You Can't Write About It . . . Show Pictures Instead

Even though I haven't posted recently, it does not mean I haven't been reading.  It just means that school, piano lessons, a very busy preschooler, and graduations have kept me away from my blog.  I will never get around to reviewing all my favorite books this year, but here are three book trailers for  picture books that I love: 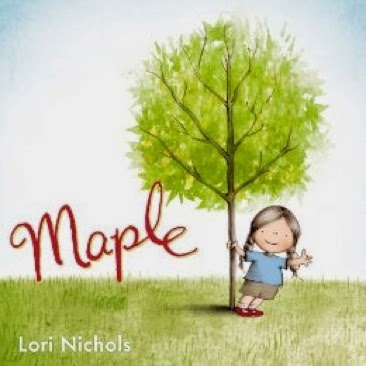 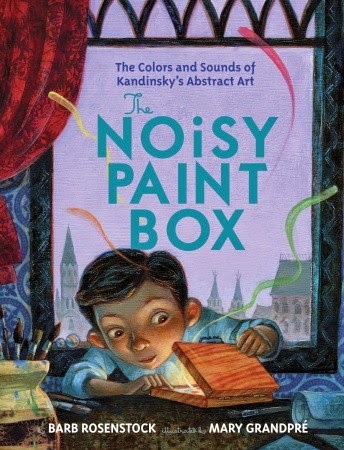 The Noisy Paint Box: The Colors of Sounds of Kandinsky's Abstract Art
written by Barb Rosenstock, illustrated by Mary Grandpre

Peggy: A Brave Chicken on a Big Adventure
by Anna Walker

And here is an interview with Shaun Tan where he talks about his upcoming picture book, The Rules of Summer, that I'm looking forward to seeing when it comes out next week: 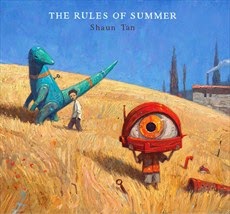 The Rules of Summer by Shaun Tan
Posted by danyelle at 4:09 PM No comments:

Can a book be both heavy and lift you up?  Is it possible to deal with very hard, serious issues, yet be lyrical and beautiful?  Nightingale's Nest by Nikki Loftin does just that.

Twelve-year-old Little John has some real problems, including dealing with the death of his sister, working alongside an alcoholic father, and trying to negotiate a mentally unstable mother.  To top it off, he also befriends and tries to protect an abused foster child, Gayle, who lives across the street from his father's employer, Mr. King.

Gayle is an unusual child who likes to sing while perched in a self-made nest, high in a sycamore tree.  She is delicate and alone, but when Little John finds her, she lets her guard down and brings him into her world.  When her birdsong voice attracts the attention of creepy Mr. King, the richest man in town, Little John is forced to make some difficult choices.

This strangely beautiful and heartfelt story has some unanswered questions that will leave readers wondering, and there are elements that force you to suspend reality to fully appreciate the journey.  However, responsibility, trust and ultimately forgiveness are expertly woven through a unique narrative that will stay with you and pull at your heart.

Nightingale's Nest
by Nikki Loftin
published by Razorbill
February 2014
recommended for ages 10 and up
Posted by tara at 1:00 AM No comments: